I have always been fascinated by textiles and have been wanting to experiment and design something that reflects my personality as a designer.

I was introduced to the Rigid Heddle loom as a 2 shaft hobby loom and all I could imagine creating on it was plain weave with the play of colours and yarns. But when I joined Shuttles and Needles as an intern, I started learning about the amazing possibilities of weaving on the Rigid Heddle loom and the different hand manipulation techniques.

After experimenting with a few techniques, leno was the one that spoke to me the most.

A leno weave is created by twisting two warp yarns together, creating a helix-like structure. The weft yarns are interwoven through the gaps created in the twisted warp yarns. I have seen leno weave structures being used to create interesting borders in fabrics however I tried creating some shapes and motifs in the body of the fabric. That led to planning to weave a stole with a huge motif in the middle. I wanted to keep the motif geometrical to have clear visibility and that gave me the idea to use kasuti motifs.

Kasuti is the famous embroidery of Karnataka. Kasuti is the handwork of cotton thread in the Kannada language. Kasuti has not developed into a cottage industry but is only handicraft and pastime for women. In the olden days, it was a custom that the bride had to possess a black silk sari, called chandrakali sari with Kasuti work done on it. 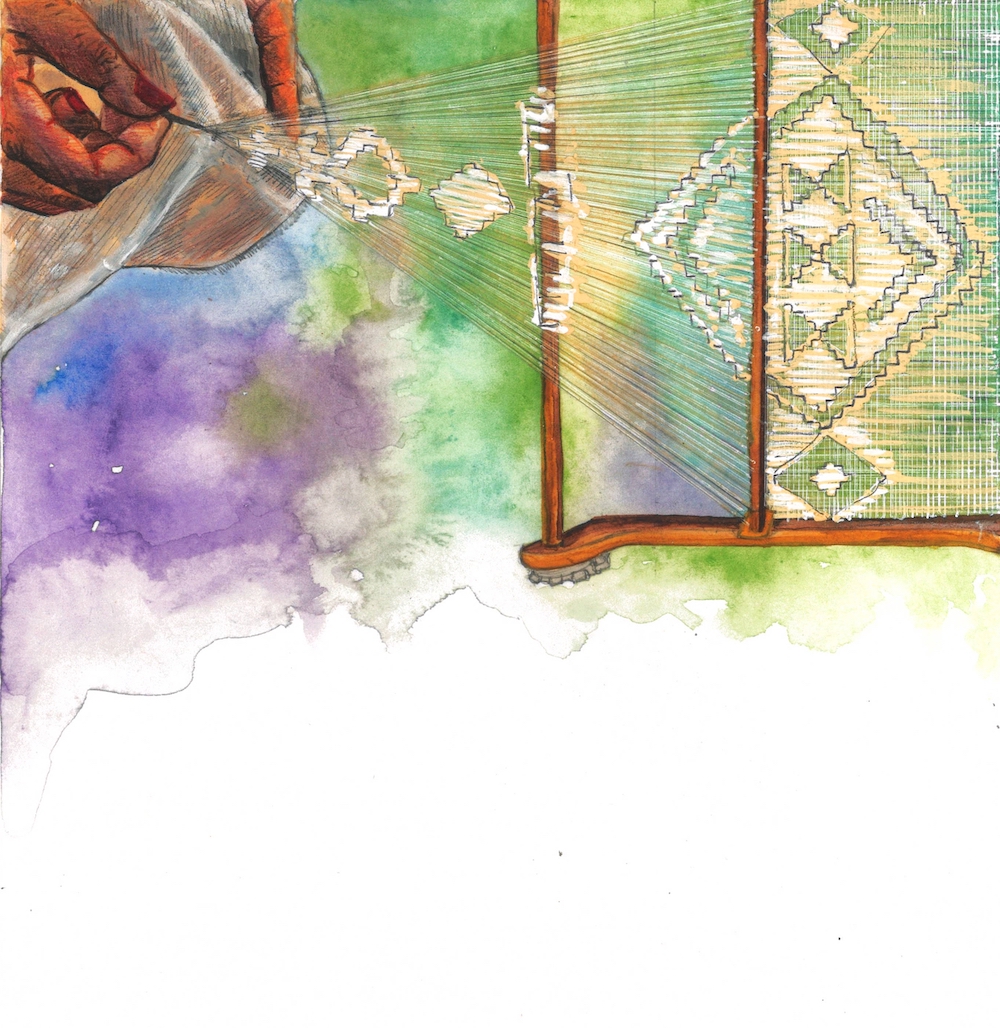 I started planning the motif on the graph and it took me 2 days to come up with a final draft of the design. The plan was to make a 2.2 meter stole with a 50 cm long motif right in the middle of it and plain weave on both sides. I chose Yoga cotton/nylon yarn for this project as it is soft and drapes well. It took me 7 hours to weave the motif; I did not leave my seat until I was done with it as it needed undivided concentration.

By far it was the most difficult and interesting project I worked on and I think the outcome paid off for all my hard work! 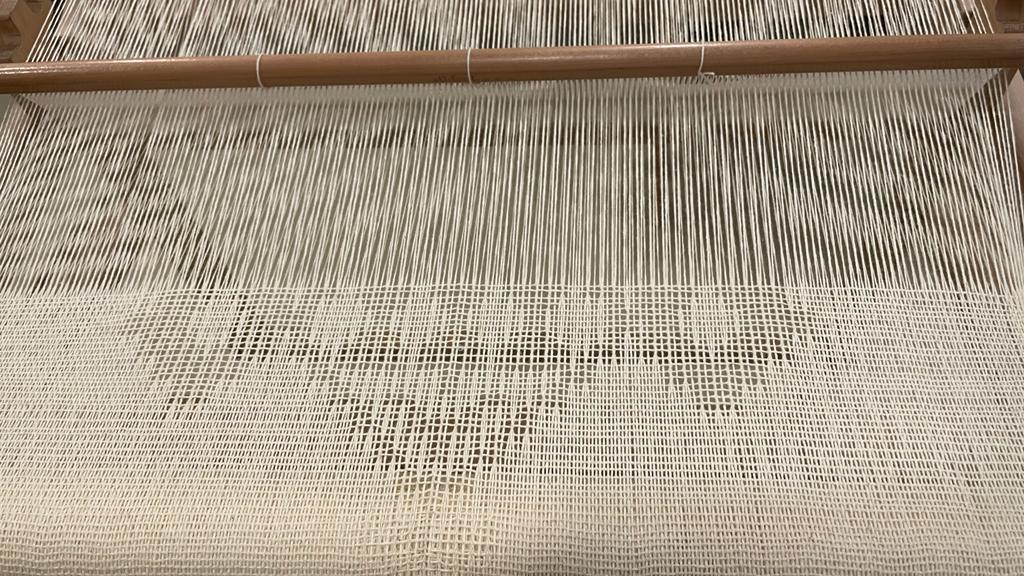