The temple town 72 km from the city of Chennai finds itself as a heart of religion, culture and entertainment, housing monumental pieces of architecture while making delicate yet ornamental woven yardages and showcasing the city’s strong ties of textiles.

I was provided with a chance to study and interpret the textile tradition of Kanjivaram, and iterate it for a collection translated by weaving with the Rigid Heddle loom and SAORI looms at the studio.

I dove into my journey of reiterating the cityscape of Kanchipuram, which is laced with bodies of water mirroring the forms of architecture.

The coalescent nature of Kanchipuram’s temples and modern houses are a juxtaposition of elements from different time periods, showcasing the coexistence of simple geometry with the meticulously created architectural elements, this direct imagery is deconstructed to create a collection of Kanjivaram inspired yardages, like table runners. 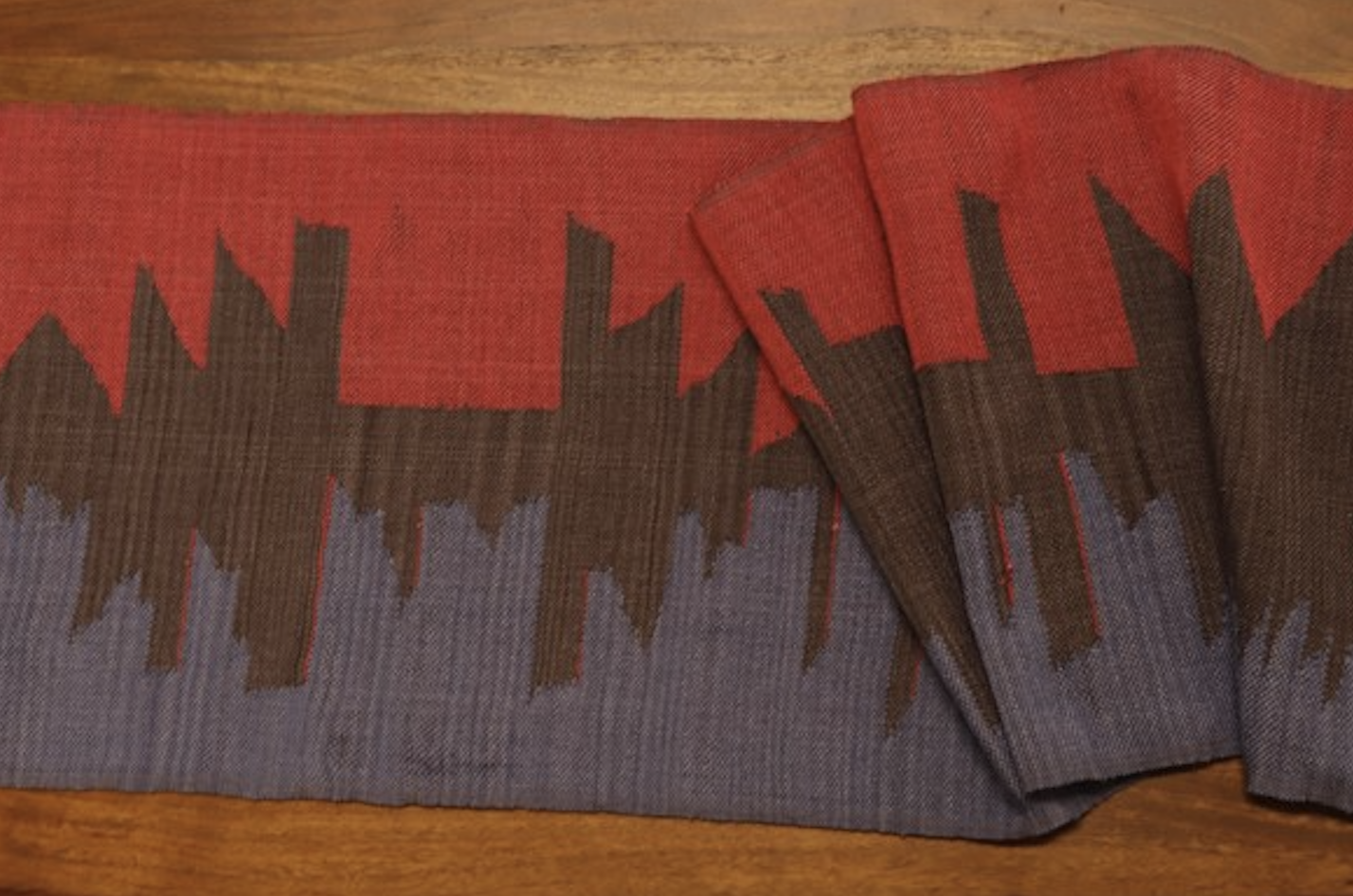 Vibrant Silk yarns, plain weaves, and a handful of shuttles are what occupied me on this journey spanning a month. Substituting the ‘Korvai’ interlacement to weft clasping enabled increased ease and control with weaving, and it was with due practice that I was able to achieve sharp and distinct shapes.

The rhythmic sounds of the treadle, the movements when weaving which I felt conscious of at first, became like second nature, making it a very enjoyable process, and before I knew it, I had woven a yardage of silk, which had my interpretation of the city and its reflections.

The timeless nature of Kanchipuram technique of Korvai and its limitless potential for translation into not just the standardized elements of geometry but to curvilinear and amorphous forms is a direction that I look forward to experimenting with in the future.

Uthra Ganesh is a final year Textile Design graduate with NIFT Chennai, interning at Shuttles & Needles for her graduation project.