Hippasus, a famous student of Pythagoras is credited with discovering irrational numbers. He found that he could not write the square root of 2 as a definitive fraction with an end and so it was ‘irrational’.

For those of us who need a little bit of brush up on our school math, irrational numbers don’t have a definitive end nor fall into a pattern of repeating numbers… Like for example, some square roots like the square root of 2, Pi, Golden ratio, Euler’s number, the famous symbol ‘e’ which we see in scientific calculators…

Numbers being numbers don’t have colours and we the colour lovers need colours in everything! So why not weave them with lovely colours and see how the irrational number of the square root of 2 weaves up. Can we find some colourful ‘patterns’ even from an irrational number by the way it plays up in arranging them in 2 blocks of warp & weft? 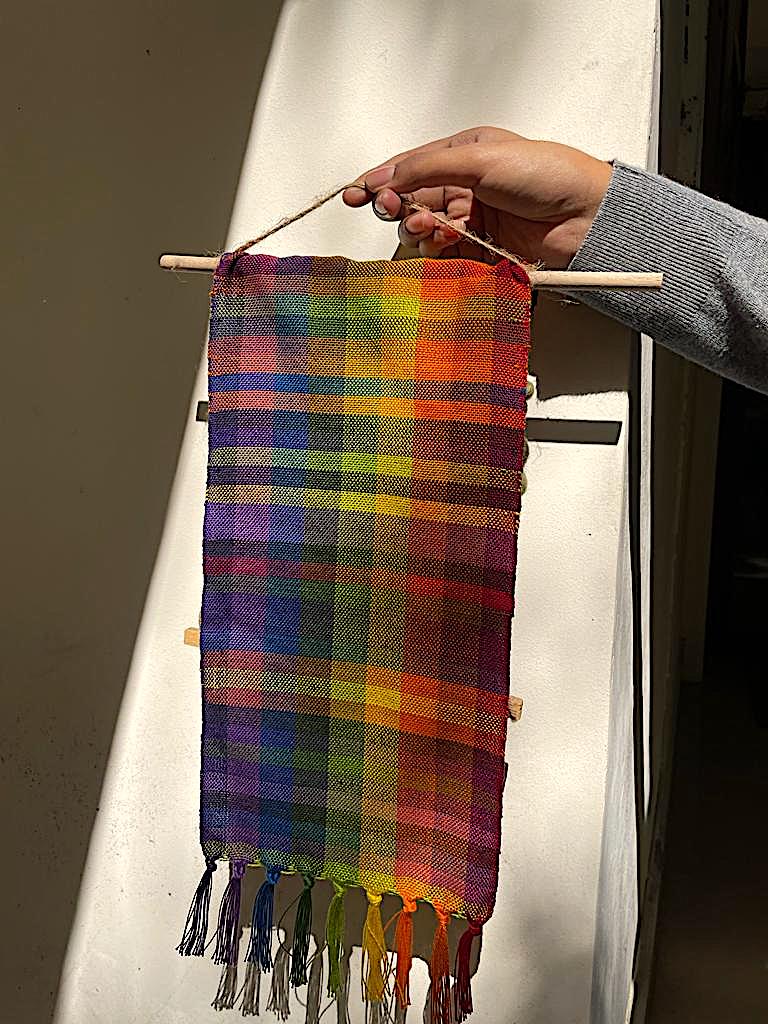 Wow, a beautiful colour block! Anybody seeing a pattern somewhere?!

Coming back to Hippasus’ story, many other followers of Pythagoras did not acknowledge the existence of s ‘irrational numbers’ so much so when Hippasus was drowned at sea, they said it was a punishment by God!