Skip to content
It was a collection that started from a question, followed by improvisation, studying and connecting with people to finally make a range of experience-centric lampshades.
As part of my Graduation Project, my brief entailed creating home furnishing articles based on the ‘Jamdani weaving tradition from Uppada’, such that we can recreate it on Rigid heddle looms and  SAORI looms.

The technique of Jamdani played a significant role in the product ideation itself, Jamdani – also called In-lay makes effective usage of a discontinuous weft, where depending on the extra weft material, under a light source there will be a difference in the way light passes making a lovely line art of sorts for the fabric.

With this in mind and with the question of “How to showcase a fabric as a fabric” for the lamps, my process began by weaving at the studio and ideating. Could metal work? Would starching hold the surfaces? What would be an appropriate weft? Inlays with silk? How would I drape my fabric?

It was a barrage of questions followed by questions, and the best way to solve them all was to weave and keep on weaving and sampling till I landed on an ideal drape formation and yarn combination.

It was with different papers and fabric sampling, the best method that I could arrive at for the yardage was to make use of a simple frame to be placed under the fabric, that is to be secured together with a screw-type holder and an LED bulb which doesn’t emit much heat, keeping the fabric safe from potential bleaching and burning.

With a cotton-Linen yarn for the ground warp and ground weft & Silk yarn plied with the Sunshine gold metallic yarn for the in-lay, I had arrived at the yarn combination my product required. From Uppada’s collection of motifs, the peacock feather was taken up, reiterated in different scales and forms and showcased with the in-lays on the fabric

There was something magical about weaving, and it got me engrossed to work on the loom for hours together without leaving it, the sounds of the treadle, the sounds from the yarns and the rhythmic hand movements almost felt like second nature.

The final lampshades that were created were something both unexpected and improvised as the process happened. There are imperfections and changes but isn’t it akin to mankind’s tendencies? 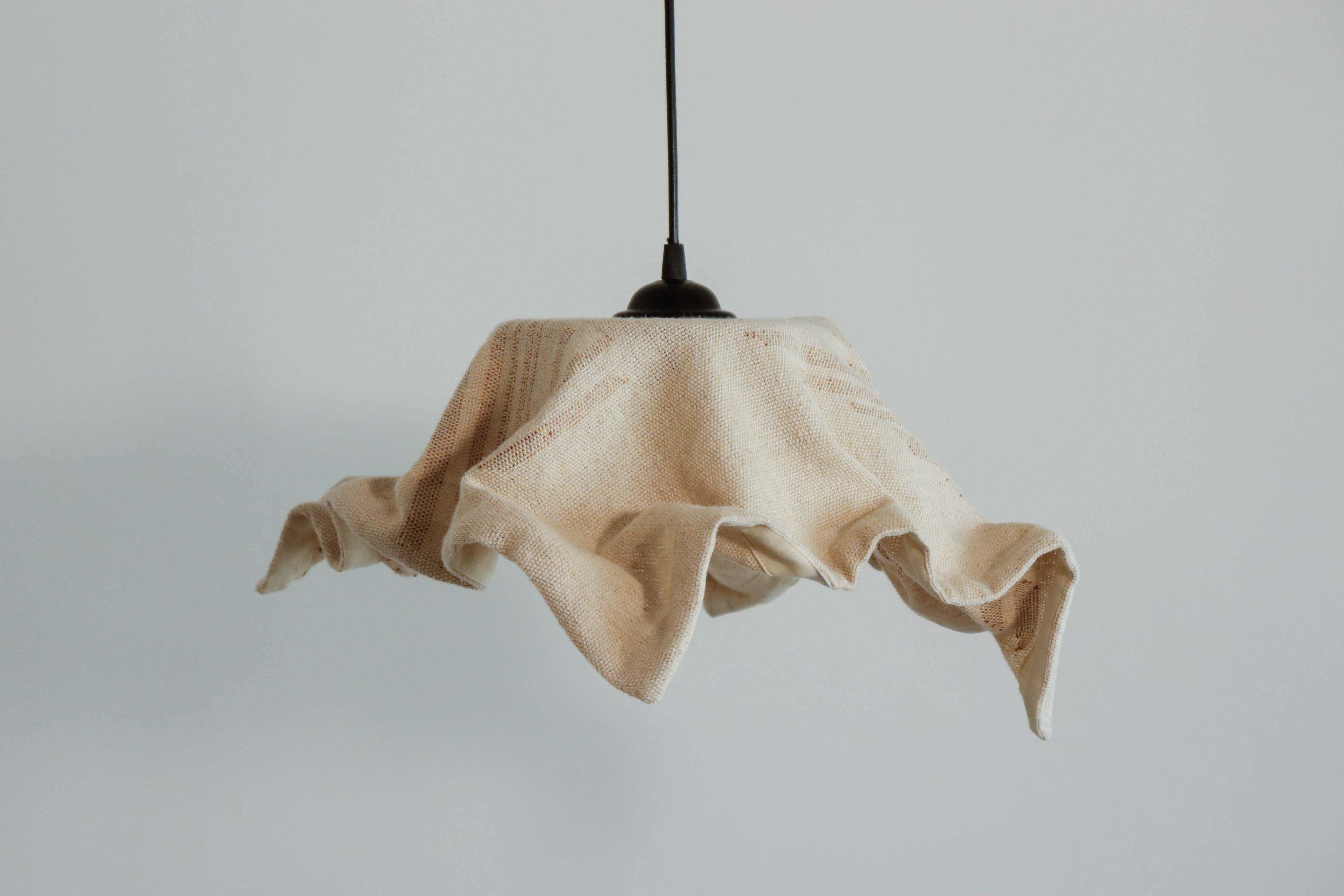